A day to remember

“Hurry up, Neo, we don’t have much time!” said Hope putting down her heavy bag. Hope and Josh were waiting for Neo. They were all going to the park as part of Hope’s plan! Hope had started hatching a plan after reading the new book her mother had bought her. It was about a girl who had bravely saved her village from a scary creature. Hope had enjoyed the book so much that she had finished it in a day and had even dreamt about the scary creature that night!

“I hope that what you’ve planned for us will be fun. Why are you in such a hurry?” Neo asked Hope as he shut the front door. Neo was wearing his favourite pirate hat and eye patch. “I’m as clueless as you are, Neo. Hope just asked me to bring my kite to the park,” said Josh pointing to his kite. “Trust me, you’ll enjoy this!” said Hope as she walked off ahead of her friends. Neo and Josh followed, trying to keep up. When they got to the park, they saw the mayor surrounded by a large crowd of people.

“What’s going on?” Josh asked a woman standing nearby. “Well, for a long time, the mayor got lots of complaints because there wasn’t enough shade in the park,” she said. “So, he made sure that lots of new trees were planted and today he’s here to celebrate this with everyone.” “Oh no! The park is too full for my plan to work,” said Hope, disappointed. “What plan?” asked Neo and Josh at the same time, looking at each other. “Do you remember the story I read about the brave girl who saved her village?” asked Hope. “Well, I was hoping we could make a scary creature, tie it to Josh’s kite and then fly it over the park. But now look!” said Hope pointing to the happy people standing around the mayor.

Neo saw how sad Hope was. “Nice plan, Hope!” he said. “Let’s go over there behind that big bush. No one will see us there.” Josh and Hope nodded in agreement and off they went. “Josh, you go and find some sticks. Neo, take off your pirate hat and eye patch,” instructed Hope as she took her karate clothes and a balloon out of her bag. Josh found some thin sticks next to a dustbin and the three friends sat behind the bush using string from Hope’s bag to tie them together in a cross-shape for the creature’s body. Then Hope blew up the balloon and tied that on for the creature’s head. They dressed the creature in Hope’s karate clothes and Neo’s pirate hat and eye patch. Josh tied the creature onto his kite. And then they were ready! 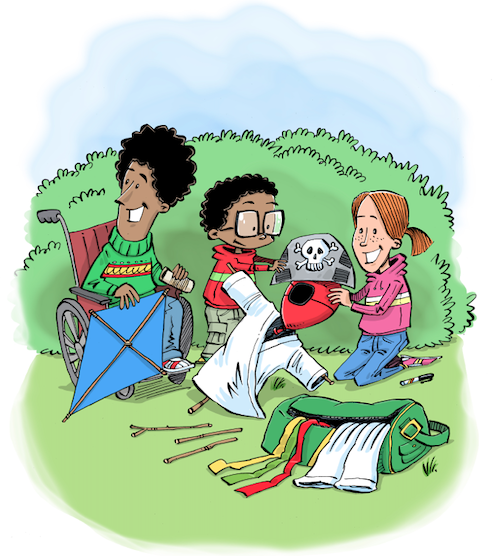 The children hid behind the bush and loosened the kite’s string. A strong gust of wind took the creature off into the sky. Up, up, up it went, racing across the sky away from them. In the meantime, Bella and her mom had arrived at the park to walk Noodle. When Noodle saw the creature dangling in the sky, he started barking and pulling on his leash. Bella tried to hold onto Noodle’s leash, but he pulled so hard that she had to let go. Off went Noodle across the park. Bella and her mom chased after him.

Then the creature started to float down towards the mayor’s head as he was making his speech! Noodle was running towards him still barking at the creature – and Bella and her mom were not far behind. Josh pulled on the kite’s string, trying to get the creature up higher into the sky, but it was too late. Noodle leapt up at the creature, knocking over the mayor. Bits of paper with the mayor’s speech on it flew all over the park, and people started running in all directions. 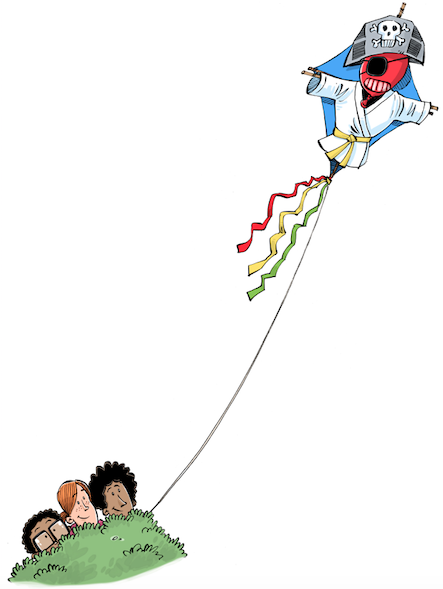 Neo, Josh, Hope, Bella and her mom raced over to help. They found the mayor on the ground next to the creature with Noodle still barking at it. The children helped to calm Noodle down while Bella’s mom helped the mayor up. 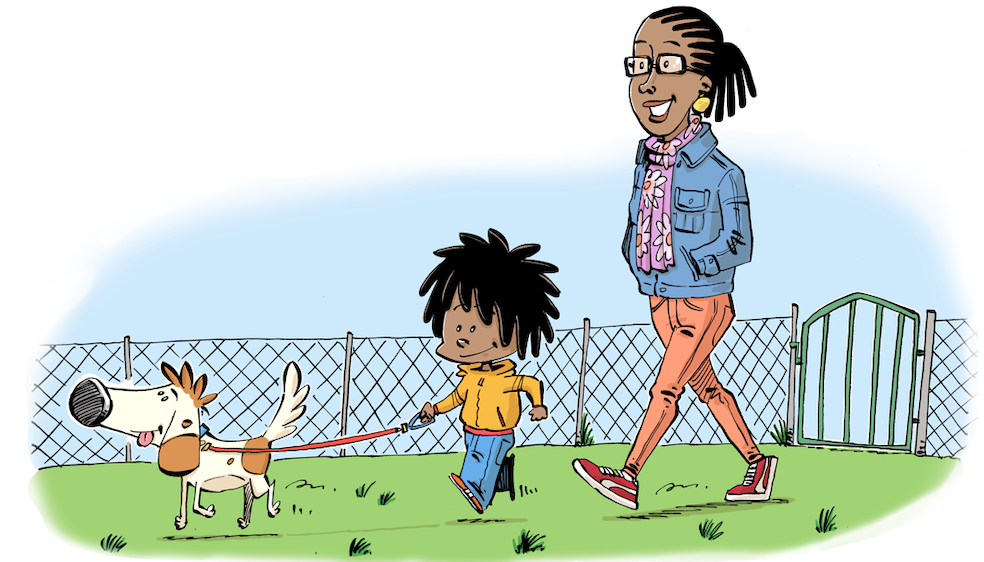 Then Hope explained her plan and how it had gone wrong. The mayor listened, and when Hope had finished, he just looked at her … and then he started laughing. “Well, now you can write your own scary creature story,” the mayor suggested. Even though Hope’s plan did not quite work out, it was a day they would all remember!