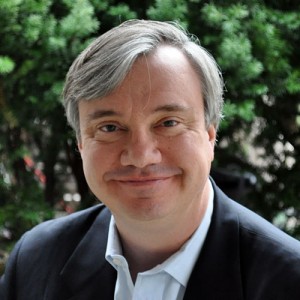 According to the US Census Bureau, minorities represent almost half of America’s population under the age of 5. This statistic portends a more ethnically diverse America, with new and growing populations playing more significant economic, social and political roles. Perhaps it’s no surprise that kindergarten and elementary school teachers today recognise the importance of teaching a curriculum that reflects this multicultural and multiracial world.

Culturally responsive teaching means providing learning experiences that are relevant to children’s lives and take into account their cultural differences as influenced by gender, ethnicity, social class and language. It should prepare kids for the demands of an increasingly connected global society.

The trick is this: How do you instil respect for other cultures and traditions without singling out a particular group of students because of their race, religious affiliation or cultural heritage? And more importantly, how do you engage children and their parents in an open, honest and gentle dialogue about diversity, while avoiding any misguided approach that “force-feeds” diversity principles to them in a dogmatic fashion?

For me, the answers to these questions came from an unexpected source, an introduction courtesy of HuffPost Parents. After reading one of my recent posts on storytelling with kids, Carole Bloch, the director of a non-governmental organisation in South Africa, the Project for the Study of Alternative Education (PRAESA), wrote to introduce me to their nationwide reading-for-enjoyment project called Nal’ibali.

Nal’ibali means “here’s the story” in the African language of isiXhosa. Bloch explained that through Nal’ibali, my stories are being translated into several of South Africa’s indigenous languages, and described how much the children participating in the project enjoy them. Some had even taken to calling me “Father of Stories”.

Having appealed so effectively to my professional pride and vanity, I decided to check out Nal’ibali’s website. I learned that Nal’ibali is aimed at getting South Africans — children and adults — passionate about telling and reading stories. Many South Africans undervalue African languages in written form, so an important part of the Nal’ibali initiative is to promote the increased use and appreciation of stories — both oral and written — in African languages as well as international languages such as English. Bloch said:

What’s lacking in our schools are alternative ways that parents can nurture their children and build meaningful relationships for and with them. Storytelling is a way for parents to connect in their home language with their kids and appreciate what a significant role they play in their children’s lives. Storytelling, which is so much a part of being human and is a proud African tradition, has been seriously neglected and undervalued in terms of schooling as a bridge to reading, writing and the development of cultural awareness.

Bloch is right on all accounts.

First, fostering diversity begins at home. Before children can respect another’s culture, they have to appreciate their own values, traditions and language. And promoting multiculturalism and diversity through storytelling can be a means of helping our kids build relationships within their own culture and make connections with those from different backgrounds, since stories show kids we all share more similarities than differences with those from other traditions and cultures. Storytelling, in short, teaches a child to walk in another’s shoes.

Second, storytelling is an ideal way to promote a child’s appreciation of multicultural values. Tales from their own or other cultures never cease to instil in kids a feeling of awe and mystery. Stories open children’s eyes, hearts and minds to worlds beyond their own. They have the power to transport, and to make a child feel connected to the larger world.

Finally, the act of telling a story is a shared experience that people from all cultures and backgrounds can relate to — as evidenced by my letter from South Africa. Storytelling is in our DNA; we all share the same joy in telling or hearing a good story.

The universal power of storytelling needs to be emphasised as an effective tool for promoting cultural understanding in our schools, homes and communities. As the guiding principle of Nal’ibali so aptly states on its website banner, “It all starts with a story.”

John McCormick and his sons William and Connor are the authors of ”Dad, Tell Me A Story,” How to Revive the Tradition of Storytelling with Your Children (Nicasio Press 2010). For more information about family storytelling, visit the authors’ website and blog, or read their regular posts on The Parent Network. You can also follow the authors on Twitter, or join them on Facebook.