You have chosen to join a wave of passionate and powerful people across the country, standing up to do your part in ensuring that all of South Africa’s children are given a better chance to succeed through the power of stories and reading.

My name is Thandiwe Lamula and I’m a Story Sparker in Uthukela District. My story, “Yikheni Imfundo”, is very famous in my community, my home and at school. In the schools that we visit, where we read books for kids, there has been a huge transformation in the kids. At first, when we arrived, we were not nicely welcomed by the teachers, thinking that we were going to disturb them and waste their time, so they used to reject our efforts of trying to read for the kids. But with time, when they started to see kids improving in their results… eventually, they developed a huge interest in Nal’ibali. They were now the ones asking about whether we were coming today or not, and what time would we be coming, because we used to visit each school for only one day. 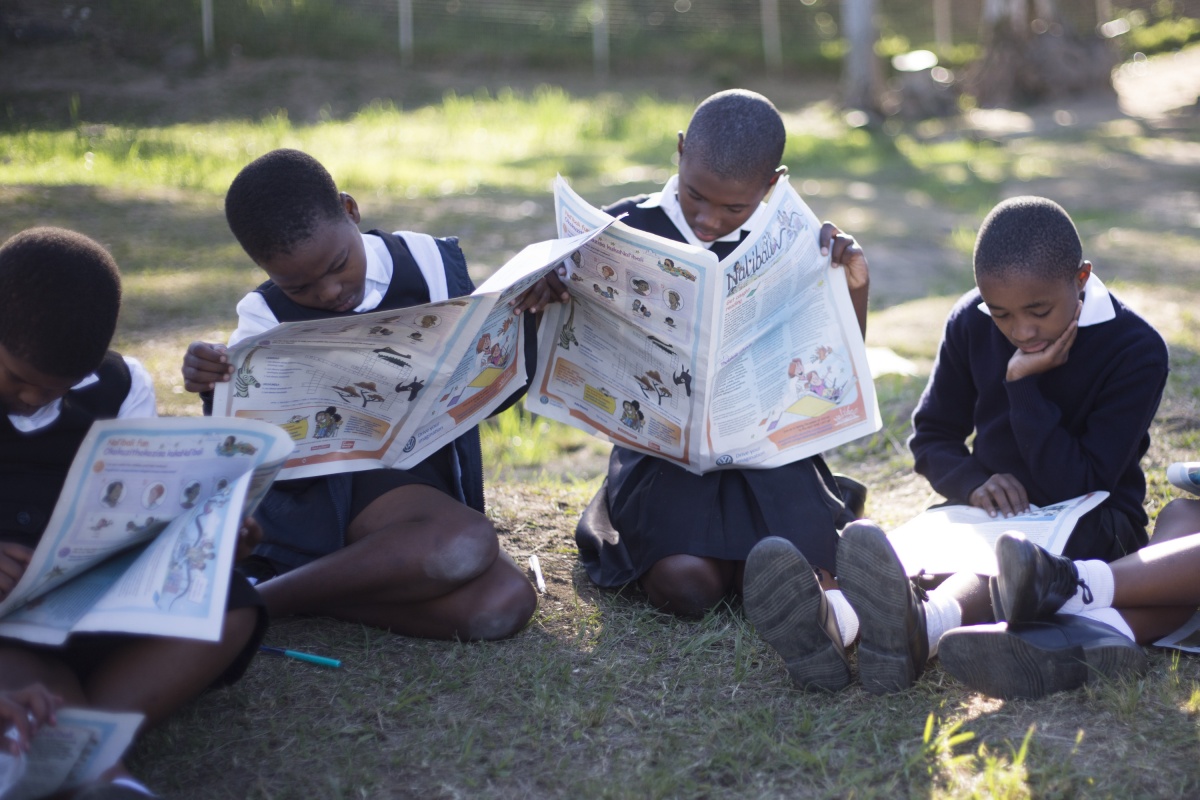 There has been a huge difference in the kids. There is a child called Zethembe from Edeleni Primary School. This child used to be so troublesome and used to bunk classes, but ever since Nal’ibali came to the schools, he became a well-behaved child at school, always attending his classes. Because he didn’t know and I wouldn’t tell when I would be coming to this school, he was always hoping that I would show up at his school. He was always watching out for me, always coming to the classes.

Even in the community, the reading clubs have helped a lot of kids, because the kids were so used to smoking drugs and doing wrong stuff – some were even stealing. But ever since the reading clubs were formed in the communities, the kids have become well-behaved. At least there is something that keeps them busy. So, reading has been such a huge success in my community, Ntabamhlophe Good Home, and also in the schools in Ntabamhlophe.

Temo was a clever young girl who lived in the village of Qunu. She loved going to school and learning new things. One day at school, her class learnt about planting and growing vegetables. Temo was so fascinated by this idea that she could not wait to get home to tell her parents about it.