A bowl of phutu

There was once a boy who had no family and no place to stay, so the people in the nearby village named him Molahlehi, which means “the lost one”. The boy did not mind the name they gave him because he was sure that one day he would have a home and a family.

Every day Molahlehi went down to the river to catch fish so that he would have something to eat. Some days he sat for hours hoping to feel a pull at the end of his line. Some days he caught nothing. Then, he would look for fruits and berries to eat. If he found nothing, then he went to sleep hungry.

One day as he sat hoping to catch a fish for dinner, a few women came down to the river to wash their clothes. They looked across to where he sat.

“Look at that boy,” said one woman. “He is almost as thin as the stick he has in his hand.” She walked over to Molahlehi and sat down next to him.

“You look hungry,” she said. “Please eat this bowl of phutu.”

Molahlehi was very happy to get the food. “Thank you,” he said. 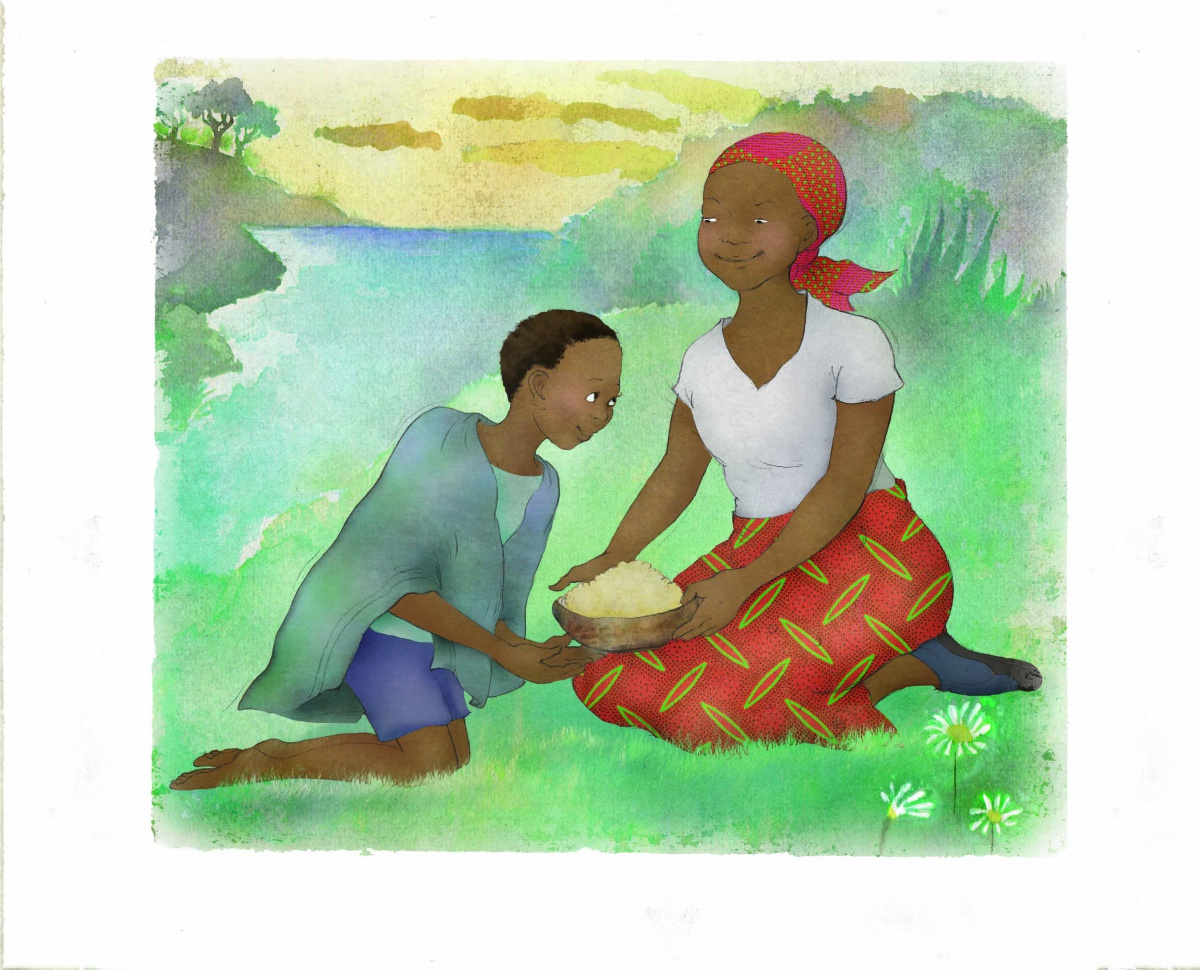 After that day, whenever this woman came down to do her washing and saw Molahlehi, she went over to him and gave him a bowl of phutu.

“Thank you,” said Molahlehi. “One day I will find a way to pay you back for your kindness.”

The day came when Molahlehi was a young man. He knew that now he was strong enough and old enough to search for his own home. Now, at last, it was time to leave this place and find a home. The only person he spoke to before he left, was the woman who had always given him food.

He said goodbye and again he said, “I promise that one day I will pay you back for being so kind to me.”

Molahlehi packed what little he had in his bag and took the long spear he had made for himself. Then he walked along the path that took him into the African bush.

It took many months of walking as Molahlehi searched for a place that he could call home. He walked for many, many months until the day came when he thought he would never find a place. He was tired and hungry, but then he saw a group of men sitting in the shade of a big tree. The men greeted him and were friendly. Molahlehi greeted them and smiled. As he was about to leave, one of the men stopped him.

“Wait! What is your name?” the man asked.

“I do not know,” he answered. “People call me Molahlehi, the lost one.”

“Come back to our village with us,” the man said. “You look like you need some good food and a place to rest.” 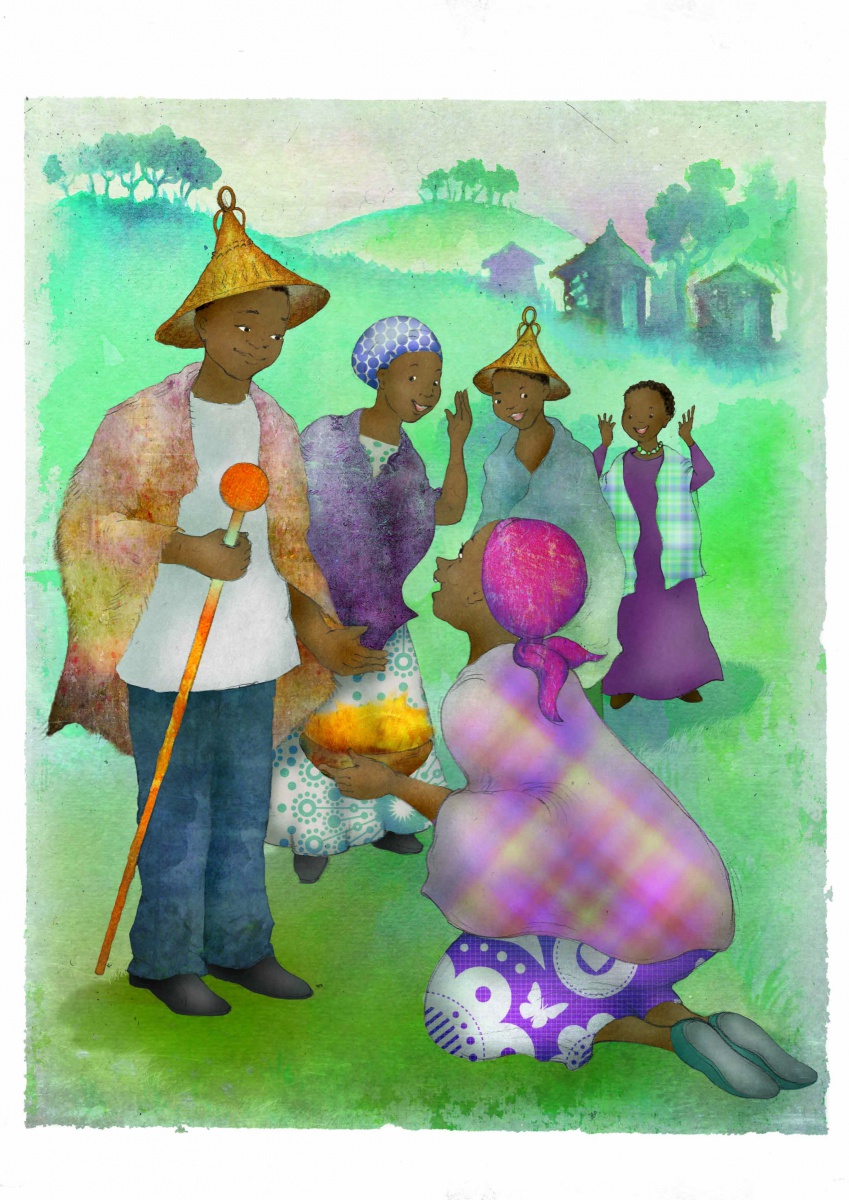 Molahlehi went with the men and everyone welcomed him into the village. Molahlehi knew that in this village he would at last have a home and friends. He worked hard. He helped everyone who needed help. He was kind and always had a good word to say. Everyone in the village loved him and so did the old king who had no sons. When the old king died, all the villagers begged Molahlehi to become their king. There was a great feast and the villagers gave their king a new name, King Lebohang, which means “be thankful”.

The first thing King Lebohang did, was to send out a group of men to search for the woman who had been so kind to him when he was a boy. When the men returned, they brought an old woman with them. She was afraid and knelt before the king shaking. The king recognised her immediately. He stood up and walked towards her. Then, King Lebohang, knelt and held out a bowl. He gave it to the woman.

The old woman took the bowl and was shocked to see that it was full of gold. She looked up at the king.

“Yes,” said the king. “I promised you that I would pay you back someday. Everyone should remember a promise and everyone should be thankful when someone is kind to them.”