Recently I visited Pratham, a large non-profit organisation that promotes reading across India. I was intrigued by their claim that they could get young children to learn to read within six weeks and that they could help those lagging behind to catch up.

If we could do the same, I thought, we could begin to overcome one of the biggest challenges to education in South Africa – no, not the quality of teaching nor the lack of textbooks, but the ability of our children to learn.

Every year, Grade R teachers are faced with the fact that at least 70% of their pupils have never been exposed to early childhood education.

They do not have the basic building blocks to be able to read, write and use numbers.

Many of us make the mistake of thinking that this is precisely the job of Grade R and Grade 1 teachers, but in fact the major brain circuitry for literacy and numeracy is established earlier in a child’s life.

The experience of Pratham is that children can catch up, but it requires intensive, small-group attention that can never be provided with the large class sizes in government schools in South Africa.

In a balwadi, a small pre-school in a Mumbai slum, we watched volunteer mothers read to a group of children. Then came the startling thing: these small children, three and four years old, stood up one by one and told the story to the others.

They spoke with such confidence and pride. Then they sat around the teacher and watched as she read the story again, this time tracing the words with her fingers.

Finally, they all shouted out their own words, which rhymed with pictures on a phonics chart.

Admittedly, most Indian languages seem more straightforward to learn than English – although they do have 28 consonants and 12 vowels! But I was struck by the fact that these children would all be comfortable reading their own mother tongue by the time they went to school.

And Pratham can prove it. It is one of the few large-scale reading initiatives that has been soundly evaluated and found to work – and to keep working for children who have been through the programme.

What, you may ask, is the recipe for success? 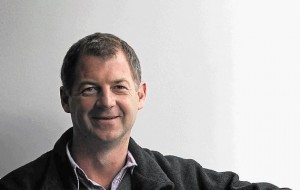 To be honest, I don’t know, because there is nothing really special or different about Pratham’s approach – except perhaps their firm belief that children learn best from each other.

At a reading camp for children whose reading ability lagged that of their classmates, we saw children telling stories, writing them out with chalk on the cement floor and reading them back to their classmates.

It was the children and not the teachers who corrected each other in a playful and supportive manner.

Pratham’s other amazing feat is Read India, a national reading campaign with volunteers in 350,000 villages! It put first responsibility for reading back in the hands of parents, not the school teachers.

It put hundreds of thousands of beautiful books into the homes of the poorest.

Of course, books in South Africa cost much, much more. But the real question is whether we as a country can afford children who cannot read – and learn – any longer.

David Harrison is the chief executive of the DG Murray Trust, which provides core funding to the Nal’ibali Reading Initiative.