Nal’ibali - South Africa’s reading for enjoyment campaign, received a huge boost this week, when Global Citizen Africa officially handed over 2600 children’s story books to Nal’ibali’s Story Power in Motion mobile library programme at an event at Ikageng Library in Soweto. Global Citizen is an international online community of activists who advocate for some of the world’s greatest challenges; during the months of July and August, Global Citizen Africa led a literacy drive known as the #TurnthePage campaign, to raise the level of literacy amongst children in South Africa. 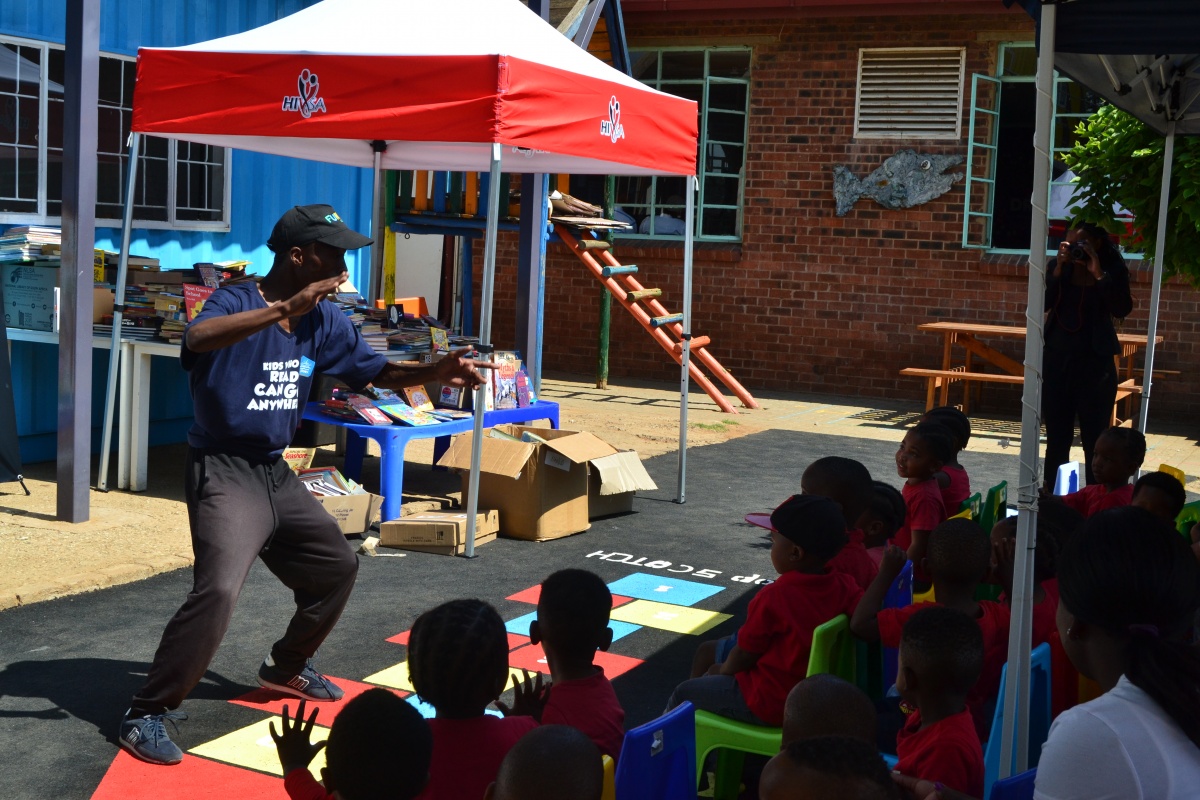 One of the objectives of the campaign was to help children access quality reading materials. So Global Citizen partnered with Nal’ibali, whose Story Power in Motion programme operates mobile libraries in selected South African townships, to help reach more children who don’t have access to reading materials.

Global Citizen, Nal’ibali and Exclusive Books teamed up to launch a pop-up library in July at the Mall of Africa. The mall acted as the campaign’s hub for book donations and nearly 3000 books were collected during the drive. The #TurnthePage Campaign ended with a massive event on World Literacy Day, where Global Citizen officially handed over the books.

The entire consignment of books was gifted to Nal’ibali’s Story Powered in Motion Programme to distribute via their mobile library programme. The tuk tuks as they are more commonly known, operate in selected townships in KwaZulu-Natal, the Eastern Cape, the Western Cape and Gauteng.

Jade Jacobsohn, Nal’ibali’s Managing Director thanked Global Citizen for the donation and echoed the sentiment that there are so few books in the homes of the average South African child, and that most parents rarely read to their children. This is a reality that Nal’ibali is firmly committed to changing, because access to books and stories is integral to a literate society.

Jacobsohn also said that the donation of books will be shared with Ikageng Library in Soweto, where the Gauteng tuk tuk is housed. The library is part of Ikageng, a community based organisation that cares for orphaned and vulnerable children around the area of Soweto.

For more information, on how to access children’s stories in a range of SA languages, Join our FUNda Sonke loyalty programme at www.nalibali.mobi. You can also find Nal’ibali on Facebook and Twitter: nalibaliSA.